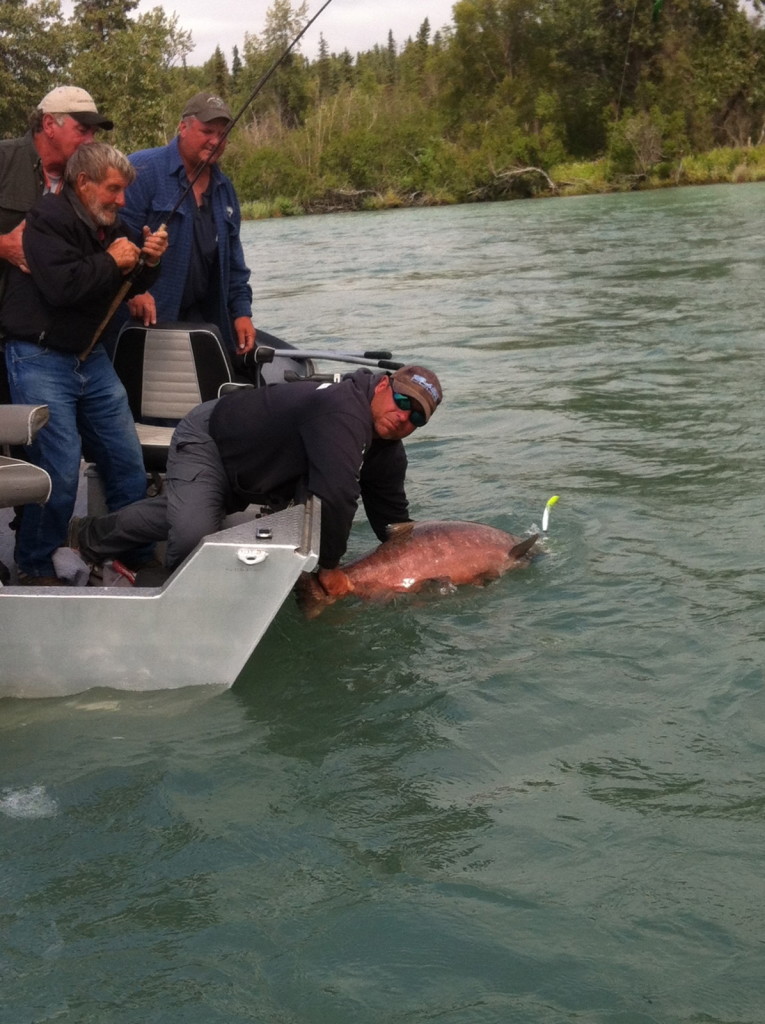 The ranks of the catch and release fisherman, whether fly or otherwise, are growing. Even if you’re not a no-kill fisherman, it stands to reason that if the fish you’re targeting isn’t intended for your dinner plate, it is wise to take care to insure that fish is released safely. Not just released, mind you, but released in a manner that takes all reasonable measures to insure that — once released — that fish will survive and live on to be caught another day and hopefully spawn. The fact of the matter is that simply releasing a fish does little to insure it’s survival if that fish isn’t played and handled correctly.

Following are 10 tips for insuring that your catch makes it back into the water for another angler to pursue. While these guidelines are written from the perspective of the trout and salmon fisherman, virtually all of these guidelines apply to other species as well.

USE CRIMPED OR BARBLESS HOOKS

This is the obvious one, so let’s get it out of the way first. Use hooks with no barb whatsoever, or use your pliers or hemostats to press down the barb on your hook before fishing it. Barbless hooks are almost always removable with ease. Barbed hooks can often cause serious damage to your catch and probably aren’t increasing your landing rate as much as you think.

Well, at least we’re assuming you’re not. Even if you are a surgeon, don’t try to perform surgery streamside on an un-sedated subject. If your fish takes a hook deep and it can’t easily be removed, just cut the leader/tippet as close as you safely can and leave the hook in. The fish will eventually shed the hook on its own, the hook will corrode, or new tissue will surround the hook and the fish will go on about its business of being a fish. The alternative, attempting to dig out a deep hook, almost invariably results in a mortally wounded fish. In fact, one study by the PFBC (Pennsylvania Fish and Boat Commission) showed that 66 percent of deeply hooked fish that were released with the hook still in place survived. Their counterparts that had the hook dug out? They survived only 11 percent of the time.

Ditch the 8x tippet and fight your fish in with authority. Apply pressure properly from the side and don’t over play the fish. Playing a fish for 10 minutes (that’s intended as a gross exaggeration, it can take much less time than that to excessively exhaust a trout, for example) on tippet that’s too light for the fight is likely to exhaust a fish past a point from which it can recover. Chances are you don’t need that ultrafine tippet anyway.

USE A RUBBER NET

Landing nets provide one of the few reliable ways to release a fish without handling the fish at all and also allow you to land a fish more quickly. Try to use a net whenever possible and use a good quality catch and release net like the rubber mesh variety that are increasingly common and increasingly affordable these days. Stay away from nylon nets.

When it comes time to handle the fish, always get your hands wet. Dry hands are much more likely to remove a fish’s layer of slime which protects the fish from fungus, bacteria and parasites.

TAKE CARE OF THE HEAD AND EYES

Like you, the fish at the end of your line relies on its head and eyes to get by. Unlike you, however, a fish doesn’t have a head designed to take the occasional whack or two. A fish’s head is fragile and needs to be protected. In fact, head injuries are the leading cause of fish mortality after release.

Never land your catch by dragging it onto the rocks, beach or even grass along the shoreline. These places are no place for a fish. Putting a fish on the shore virtually guarantees you’re committing all kinds of no-nos: disturbing the fish’s protective slime, keeping the fish out of the water too long, encouraging head and eye injuries and more. Keep your catch in the water where it belongs if you’re hoping to release it unharmed.

This isn’t the same 5 second rule that applies to dropping french fries or funnel cake at the ballpark. This version, much more well-rooted in science than the aforementioned version, requires that you strictly limit the time your fish spends out of water. This doesn’t mean you’ve lost all hope of getting that grip-and-grin shot, it just means you need to do it properly. Prepare for your photo with your fish safely under the surface. When you lift the fish out of the water, do it for 5 second intervals or less. Feel free to keep on trying (within reason) until you get the shot, but return your fish to the water for a rest between attempts.

Face your fish upstream (or whichever direction faces into the current), not down, and let it breathe normally. If you’ve been taught by someone in the past to drag your catch back and forth in the water in order to help it revive, stop. This sort of action actually impedes the fish’s ability to move water through the mouth and across the gills to obtain oxygen. Also take care not to revive your fish in sediment-filled water. If you’ve disturbed the stream bed, move into clean, clear water with a moderate flow and revive the fish there. Be patient and let the fish tell you when it is ready to swim away. Returned vigor and stability of the fish will be the first signs that it is nearing the time for release.

Following is a excellent video produced by the Atlantic Salmon Federation on proper live release tactics when fishing for Atlantic Salmon. Many of the tips in the video are above, but the video does an excellent job of providing examples and additional information. One word of warning, however, after seeing the amazing salmon and the amazing, unnamed river in the video, you might be planning a summer trip to Quebec to chase Atlantics.