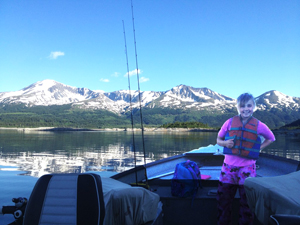 We took a trip to Cooper Lake, in the mountains near Cooper Landing. We fished for Rainbow Trout and Arctic Char.  The weather was beautiful; we had a great day and we caught some nice fish.

July 1st is the first day of the second opening for King Salmon on the Kenai River.  We’re all excited, looking forward to this incredible spectacle of the great Kings rushing up the river.

Next week we will be chasing the King Salmon on the Kenai River.  Lets hope we catch plenty.