Hi every one well it is late June here on the Kenai and we have been very busy fishing the Kenai  River and the Kasilof River for King Salmon here in Alaska. The Kasilof River had an excellent run of first run King Salmon and we had a few weeks of very good fishing, things are slowing down on the Kasilof now which is typical for this time of year and should pick back up in a week or two as the second run fish start to show up. They are doing okay on the Kasilof River for Sockeye Salmon and that fishery should stay decent for a while. As for the Kenai River we have not had hot fishing for King Salmon but it has been pretty good and we have been consistently cathing King Salmon on almost every trip. First Run Sockeye Salmon have mostly moved thru the lower Kenai River now and will be slow fishing till the Second run Sockeye Salmon start showing up in a week or two. Rainbow Trout has opened up on the Kenai River and although I have not fished for them yet I have been hearing the fishing is good. Well that is the local fishing report here on the Kenai in Alaska tight lines till next time! 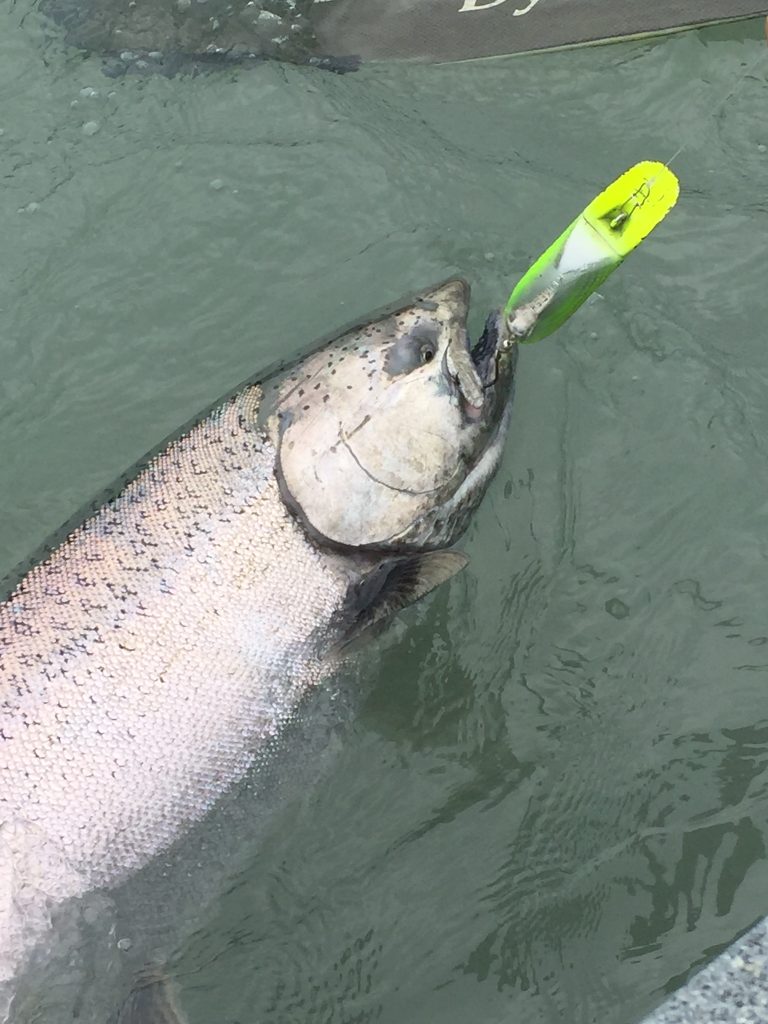 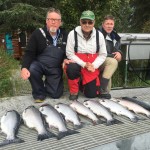 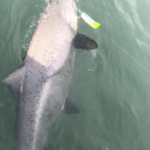 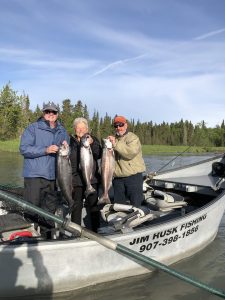 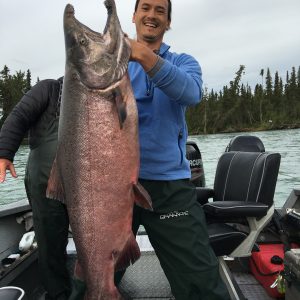 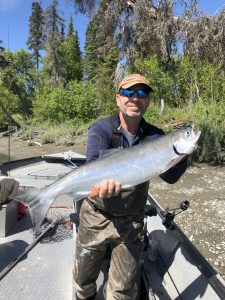