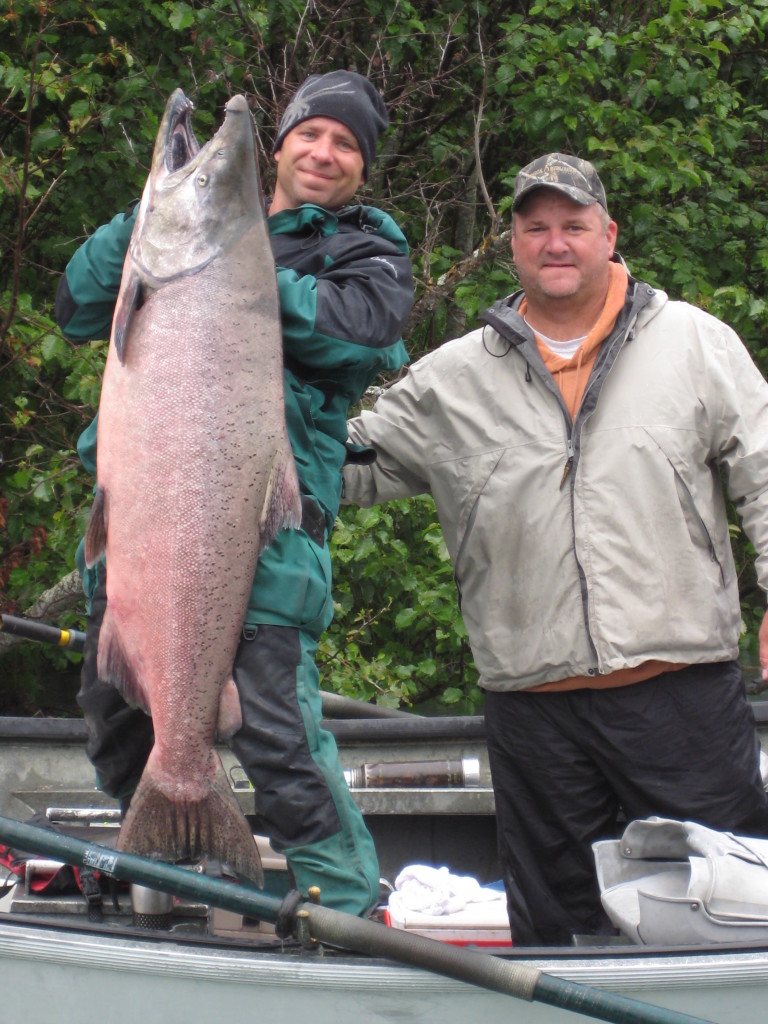 Effective fishery management requires accurate and timely information. As more accurate and precise information becomes available it enables more informed management decisions. For Kenai River Chinook salmon sport fisheries, managers have quite a bit of infor- mation at their disposal, obtained through years of research mostly funded by federal dollars received through the Dingell-Johnson Act and matched by state funds. Managers use this information to achieve spawning abundance goals, which helps to accomplish Alaska Department of Fish and Game’s mission to protect, maintain, and improve the fish resources of the state, and fits within guidance from Alaska’s Constitution to manage our fisheries for sustained yields. Additional funding provided by the Chinook Salmon Research Initiative has been a “shot in the arm” to this research, allowing the depart- ment to identify harvests of Kenai Chinook salmon in Cook Inlet sport and commercial marine fisheries as well as furthering our knowledge of spawn- ing distribution through radio telemetry studies. Through careful evaluation, it was found that Kenai River Chinook salmon could be counted more effectively by moving the historical sonar site, located at river mile 9, further upstream to river mile 14 and entirely above tidal influence. In 2015, after two years of counting fish using sonar at both locations, the decision was made to transition completely to the new upriver sonar site; however, this change prompted questions about the magnitude of sport harvest downriver of the new sonar site and the pro- portion of the run that spawns below the new sonar.

A creel survey that asked anglers questions about where in the river they harvested their fish, was used to estimate the sport harvest downstream of the new sonar site. It was found that in the late run, harvest below the new sonar site was at times over half of the total inriver harvest. As a result, a creel survey will be continued on an annual basis in order to provide accurate and timely information to aid managers in decisions about restricting or liberalizing the fishery.

Radio telemetry studies indicated that about 5 per- cent of the Chinook salmon run spawns downstream of the new sonar site. As a result, it was decided that estimating these numbers directly on an annual ba-

sis was not necessary and final spawning abundance and total run estimates would simply be expanded to account for this small proportion of spawners.

In the Kenai River watershed, Chinook salmon spawn above tidal influence throughout the main- stem and in many of its tributaries. Spawning dis- tribution studies were conducted in the early 1980s and 1990s and were reinitiated in 2010. Results have shown that the largest groups of mainstem spawn- ers are still downstream of the Soldotna Bridge as previously documented in the earlier studies. Also, the proportion of mainstem spawners by major geographic area has not changed nor has the proportion of maistem spawners that enter the river during the early run. Also, early- and late-run main stem spawners are distributed in the same areas.

Early run Chinook salmon predominantly spawn in tributaries. In order to protect these tributary fish during the current period of poor production, man- agers have halted harvest of Chinook salmon in the early run in the entire drainage and in the late run upstream of Slikok Creek, the lowest known Chi- nook salmon spawning tributary at rivermile 19.

The recent radio telemetry work has validated and refined the research performed in the early 1980s and 1990s. This has also facilitated the generation of secondary abundance estimates by incorporat- ing counts from weirs operated by the U.S. Fish and Wildlife Service on the Funny River, Killey River, and Quartz Creek, and by Fish and Game on the Russian River. Further studies and analyses are on- going and will provide managers with even more in- formation to facilitate timely and effective management strategies.