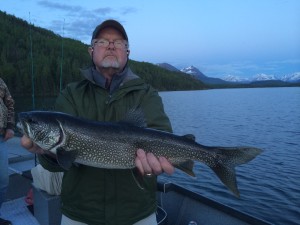 Hidden Lake fishing was good here in Alaska on the Kenai Peninsula for the 2014 fishing season, I have fished three times already.  Once on the Kasilof River and twice at Hidden Lake.

My trip on the Kasilof was a King Salmon fishing charter.  It’s still early season but with just one angler I was able to land a nice 18 lb King salmon and a nice steelhead trout.

On the Hidden Lake fishing trips we were targetting Lake Trout and both trips were good.

Kings and Rainbow Trout for Kids 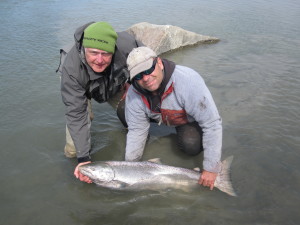