Atlantic Salmon – Known also as the black salmon, this fish does not require salt water to live. This species is in decline in the United States and is listed on the Endangered Species List. The average size of the pink salmon is 8-12 pounds.

Chinook Salmon – This animal is the state fish of Alaska and is also known as the King Salmon. It is the largest of the salmon species and can get up to 125 pounds. Chinook salmon can live a maximum of 7 years. Chinooks can be found in Alaska (mainly) and down the West coast. The average size of a Chinook is 10-15 pounds.

Chum Salmon – This fish is found in Alaska down to the Northwest tip of the United States. It occupies the broadest range of any other salmon. The average size of a Chum is 10-15 pounds.

Coho Salmon – The Coho salmon, also known as Silvers, is one of the most sought after species and can be found in Alaska and down the West coast. The average size of a Coho is 6-12 pounds.

Pink Salmon – Also known as “Humpies,” the pink salmon is the most abundant, yet smallest in size of the species. The average size of a Pink salmon is 3-5 pounds.

Sockeye Salmon – Also known as “Reds,” this is the most colorful of the species and can survive being in lakes and other freshwater. They sometimes even spawn in rivers and lakes. The average size of a Sockeye is 5-8 pounds.

Salmon in the United States are found mainly on the Northwestern coastline as well as all around Alaska. There is a small amount on the Atlantic coast and there are some in the Great Lakes as well. Aquaculture for salmon is becoming more and more popular because of the demand for this fish.

Salmon are anadromous, which means they are born in fresh water, migrate to salt water, and then return to freshwater to spawn.

What Do Salmon Eat?

Young salmon feed on plankton. As they get older, they feed on other things such as insects, small invertebras, small fish, and other sea organisms.

Salmon spend their early years in freshwater rivers and then swim out to sea. In the sea, they live most of their adult life until they are ready to spawn. They will then swim back through the river and into the area they were born. The female salmon will lay its eggs into a nest, known as a “redd.” The male will swim up and fertilize them, and then the female will cover them gently with gravel. Because of the effort and energy it took for the salmon to travel back upstream, they will die shortly after they spawn. The embryos will hatch and then will eat their own yolk. When the yolk is gone, they begin searching for other food. They are now known as “fries.” Soon, the fries will be ready to head out to the saltwater where they will spend most of their adult life until returning to where they were hatched. 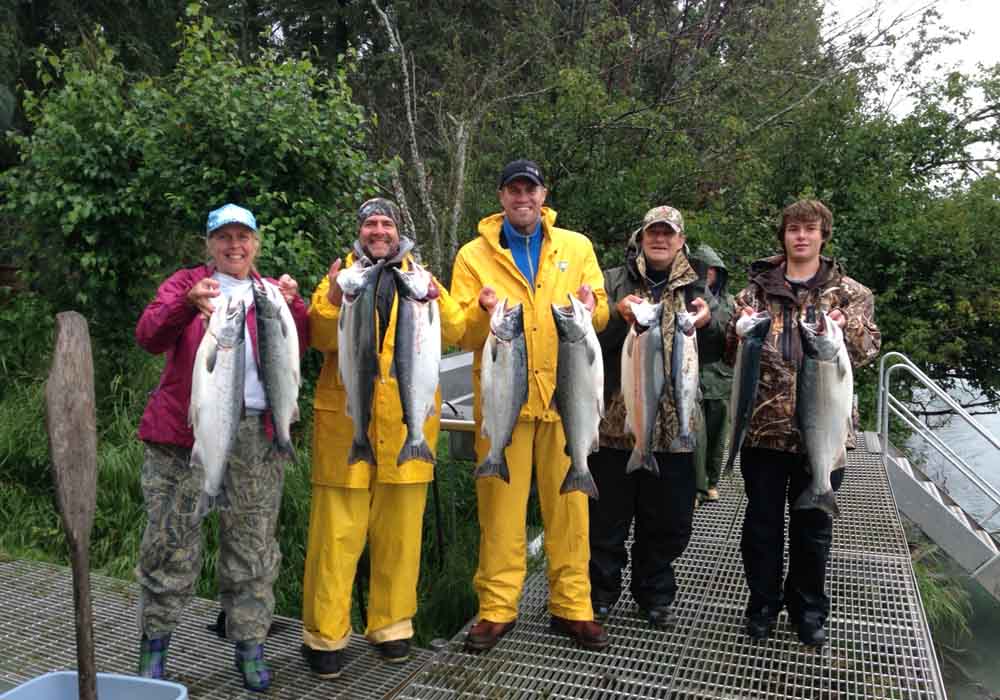 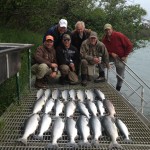 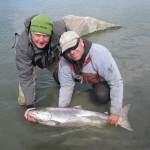 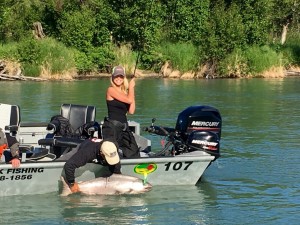