Fresh water streams and estuaries provide important habitat for spawning chinook, and they also serve as nursery grounds for developing eggs, fry, and juveniles. In North America, Chinook salmon range from the Monterey Bay area of California to the Chukchi Sea area of Alaska. On the Asian coast, Chinook salmon occur from the Anadyr River area of Siberia southward to Hokkaido, Japan. In Alaska, they are abundant from the southeastern panhandle to the Yukon River. Major populations return to the Yukon, Kuskokwim, Nushagak, Susitna, Kenai, Copper, Alsek, Taku, and Stikine rivers. Important runs also occur in many smaller streams. 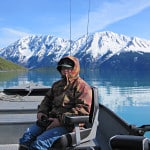 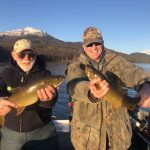