Hello Anglers well it is June 17 here on the mighty Kenai and here is the Fishing report. We spent most of our days this spring on the Kasilof River fishing for King Salmon and I’m happy to report the first run of King Salmon was good on the Kasilof, it has started to slow down now but that is typical for this time of year. The first run of King Salmon on the Kenai has been better than las t season but still low on our numbers of large returning King Salmon and has been on catch and release restrictions however it has still provided some good fishing for King Salmon. The first run of Sockeye Salmon on the Kenai River has been amazing and we have enjoyed the largest run of first run Sockeyes we have seen in years, most of those fish have passed thru the Kenai River and our at the Russian River where fishing has been red hot! Rainbow Trout fishing has opened and I took a group on Saturday to  the middle Kenai River to fish for them and the fishing was very good and we caught great numbers of Rainbow Trout and some nice Dolly Varden. Well that is the Fishing report from here on the Kenai and Kasilof Rivers in Alaska. 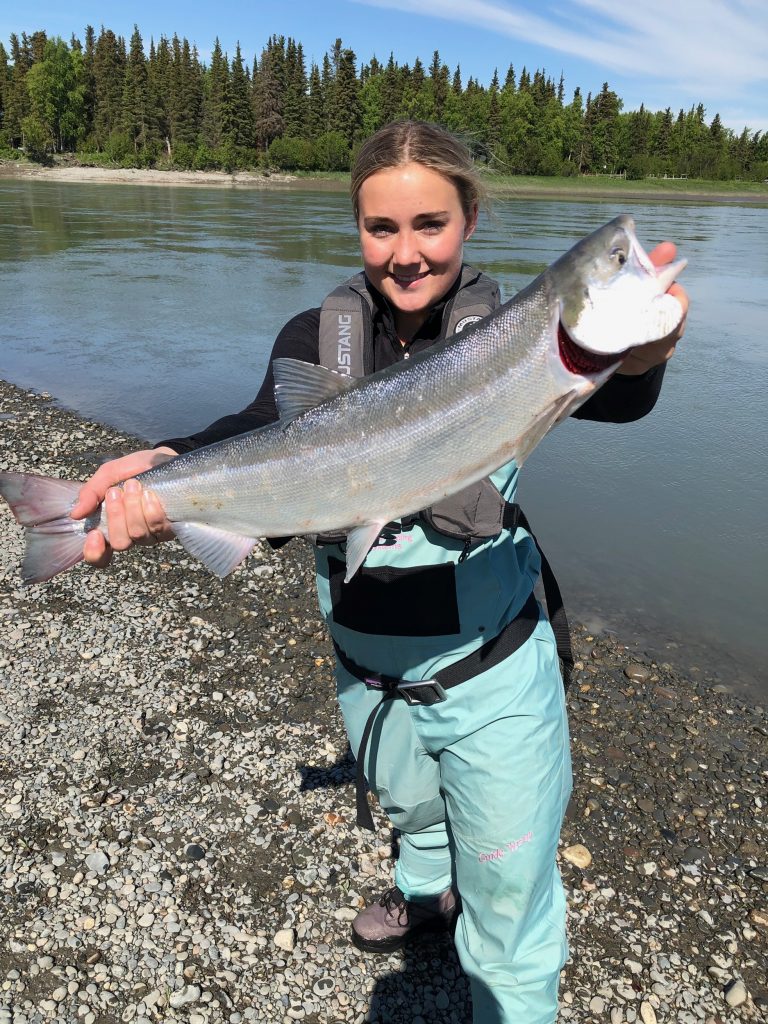 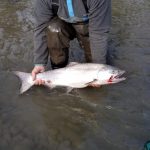 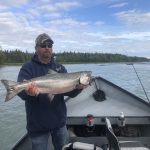 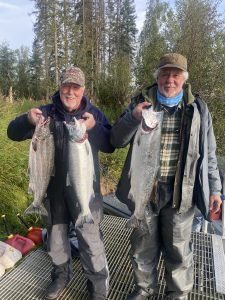