Hi everyone well its the 20th of June here in Alaska on the Kenai Peninsula and I wanted to give you all a fishing report for the Kenai and Kasilof rivers as well as some local lakes. Okay so as for the Kasilof River we have had a great first run of King Salmon and just finished a month of fishing there almost every day and the King Salmon fishing was very good, however the first run has peaked and the fishing for King Salmon will be slow now for the next few weeks until the second run King Salmon start to show up. As for Kasilof River Sockeye Salmon the run has been strong and the fishing is good and should continue to get better the next few weeks.

Next I just wanted remind folks of another great fishing opportunity this time of year that often gets overlooked here on the Kenai peninsula. We have a variety of great Lakes here on the Peninsula that get very low fishing pressure and can provide for a super fun day on the water here on the Kenai. You can fish for Rainbow Trout, Arctic Char, Dolly Varden, and Lake Trout depending on the Lake. 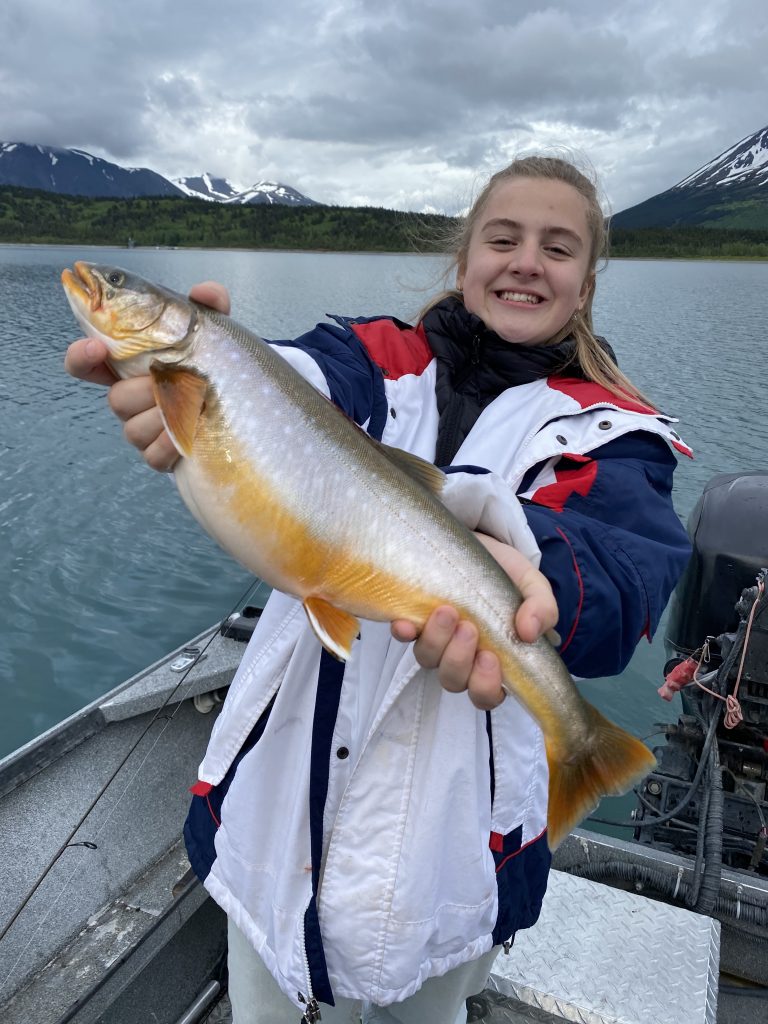